TOP OF THE CLASS 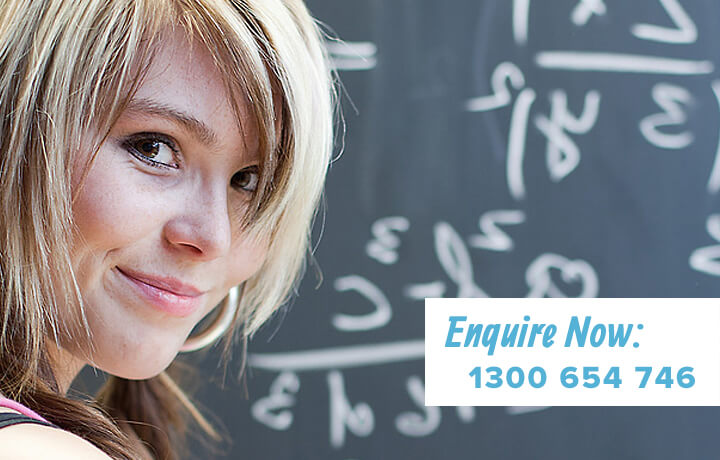 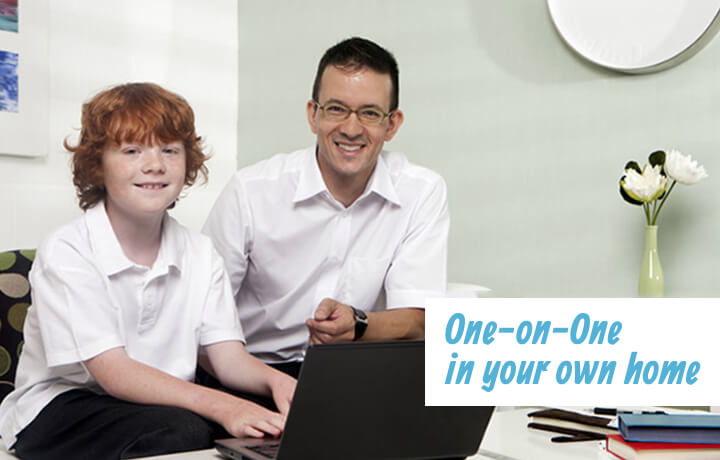 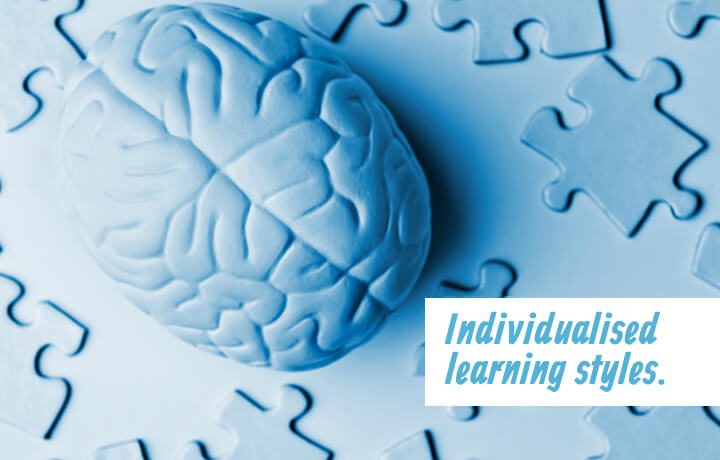 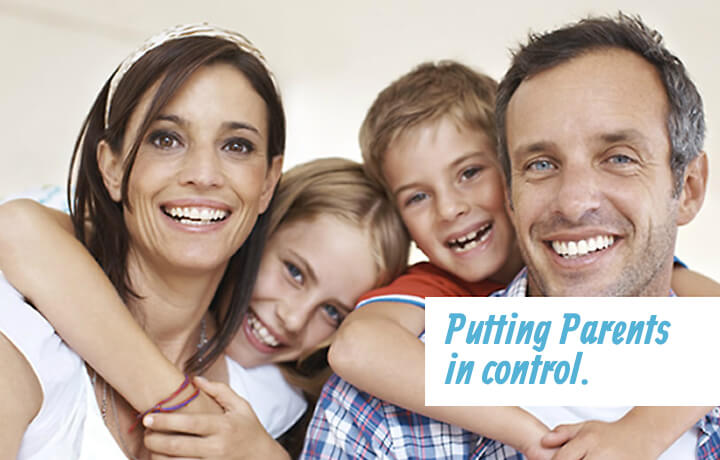 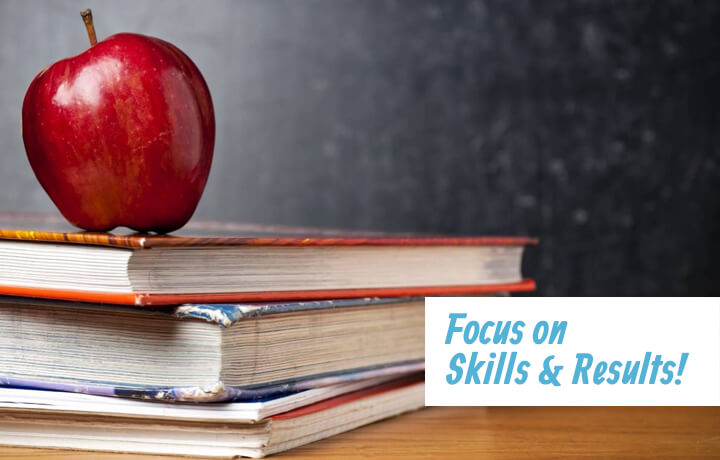 AUTONOMY - LEARNING FROM ONES MISTAKES

If teaching children knowledge is like giving them a fish, then teaching children how to learn autonomously is like teaching them how to fish for themselves. One of the biggest differences between those who learn efficiently and those who do not is the ability to learn from ones mistakes. Being able to learn autonomously means that the student can learn more than they would have previously even in the same amount of time. This skill is especially important to take away from tutoring sessions to be applied during the week in classroom time. The reason so many people have difficulty learning efficiently from their mistakes is because of the negative emotional connections we naturally link to our flaws. This emotional response makes it difficult to approach our mistakes, let alone get close enough to them to get on top of them. By establishing confidence, using role modelling techniques and praising the student for self correcting, we can undo this effect so that rather than feeling ashamed to acknowledge their mistakes, the student now feels empowered by learning from them instead.

In the introductory article, we described the 'fear cycle' which causes a young person to develop aversions and lack of confidence in their approach to any particular aspect of their school work. Read More...

We then explained the importance of using a student’s strengths to overcome their weaknesses; a lesson we have learnt by studying the history of successful people. Read More...

We then explained how passion acts as a powerful motivating force, and describe how we aim to improve a student’s attitude towards their school work by making it more personally relevant, fun and interesting. Read More...

In the previous article, we outlined the step by step process we use when approaching a student’s 'weaknesses' or aspects of their school work they may be struggling with due to poor confidence and motivation. We outlined how we can turn that fear into confidence, by shifting the students focus towards their progress through strategic goal setting. Read More...

In the previous article about building confidence, we highlighted the importance of drawing a student’s attention away from their faults, flaws and mistakes by instead directing their focus towards progress and benchmarks of success, no matter how small. The only problem with this approach is that we need to be able to examine, understand and think about the mistakes we make in order to learn from them. How therefore can we approach this without having a detrimental effect on the child’s confidence?

What is 'constructive' criticism?

One of the biggest hurdles in any kind of human behaviour is the difficulty we have in learning from our mistakes. If we learnt from every mistake we ever made, our rate of learning would increase so fast we would become a genius in no time at all. So why don't we do this? The reason is because of the emotional attachment we generally have towards our flaws. Acknowledging our mistakes generally doesn't feel good, and having them pointed out by someone else can be especially humiliating; especially if it relates to something we have little confidence in already. Consciously examining our own mistakes with confidence is extremely difficult, as the subconscious mind tends to have a 'pull away' effect described in the previous article.

One of the biggest hurdles to overcome therefore when training our children to learn from their misakes is to favourably effect the emotional attachment they place on identifying their mistakes. In other words, they need to feel good about autonomous learning.

Drawing focus towards a student’s flaws will have differing effects depending on their confidence in that particular area. When a child is attempting to approach something they have very little confidence in, they will respond to criticism with far more sensitivity. During the early stages, it is best to avoid any kind of negative feedback at all, even if it means completely overlooking their mistakes. Constructive criticism can gradually start being introduced later on, but only once the student has built up enough confidence to ensure that focusing on mistakes will not trigger a defensive reaction.

Once the student has established a strong foundation of confidence in the area which needs improvement, the art of constructive criticism can slowly be introduced. The aim here is to change the emotional attachment the child places on recognising one’s own flaws. One of the most powerful influences over a child’s behaviour, beliefs and attitudes (especially at the subconscious level) is role modelling. Whether intentional or not, the way that a young person looks at the world is subconsciously influenced by those around them. The younger or more insecure an individual is about something, the more the role modelling or 'copy-cat' effect occurs. Young people are also more likely to 'role model' the behaviour of those they look up to. This effect tends to happen without us even noticing it, and occurs even if the individual tries not to copy those around them. It is a natural part of human behaviour we cannot avoid, so we may as well use it to our advantage.

The role modelling influence which is of significance here is the way in which we approach our mistakes. During the confidence building phase, it is important to keep the students attention away from their mistakes. During this phase however it provides us with an excellent opportunity to alter the way the student perceives recognising one’s own mistakes. During this time it becomes important for both tutors and (ideally) parents to talk to the student about their own mistakes they have made. When doing so, it should be made obvious that talking about mistakes, although not easy or comfortable, is important and should be seen as an act of bravery, not shame. Those in the role model position (parents and tutor) should also discuss how they managed to draw power and strength by learning from them instead, despite being embarrassed to admit them. It is important for the child see that the role model is humbled by identifying their own mistakes, but can show pride in having corrected their mistakes and especially in learning something valuable from them. It is also helpful to discuss how that 'lesson' has helped on subsequent occasions.

Step 3: Give praise for auto correcting

If this is done appropriately, once the student begins growing more confident, they are likely to gradually start identifying and correcting their own mistakes, without even being promted to do so. It is important for the tutor to identify when this happens, and for the student to be priased for doing this. It is also important that the tutor provide opportunities for the student to be able to self correct without promting in order to 'set up' these situations.

Every single time the student demonstrates their ability to learn from their own mistakes is important. At these times, the student should receive more praise, recognition and respect than any other achievement. The frequency with which the student is able to 'auto correct' plays a huge impact on how efficienty they learn. The goal then becomes to condition the student to establish a positive emotional 'pull towards' link with this behaviour above all others.

If this effect is conditioned correctly, it minimises the need for the tutor to provide any criticism at all, as the student becomes conditioned to feel empowered towards auto correcting. When criticism is required however, the best way is not to point out what the student is doing wrong, but rather ask them to explore the process themself. The tutor may provide hints or suggestions, however it is very important that the student feel that they were the one who identified the problem. Likewise, the tutor can faciliate this process by providing subtle guidance, but the student should also be the one who devises the solution. When they do this, the tutor should ensure it is brought to the students conscious awareness that they are now more empowered because they were able to identify their own mistakes and think about the solution. This process should be praised more powerfully than any other as it is the most powerful tool for building efficient learning.

Step 5: Part of the progress

One of the risks we take by drawing the student’s attention towards their mistakes is that it can result in frustration, or a feeling like their progress is being impaired. To counter this effect, it must be perceived that correcting mistakes is part of the progress, not separate to it. It is also important that any time the tutor brings the student’s mistakes to their awareness, that they be 'cushioned' by progress. This means that the student should be focused on their progress both before and then again after they have spent any time focusing on their mistakes, so that the mistake-correcting process feels helpful to 'joint the dots' of progress. The previous article. described the 'staircase of success'. A staircase does not go straight up; it works its way up gradually by going up and across, up and across, up and across. In this sense, the students’ progress is represented by the 'up' part of the staircase, whilst learning from their mistakes is represented by the 'across'.

Being able to facilitate this process effectively is something our tutors are specifically trained to do. We recognise that parents play a vital role in facilitating this process as well, which is why we provide parents with a host of helpful resources. We also contact your child’s teacher(s) to involve them in the process as well, so that together, we can nurture your child’s individual needs and produce amazing outcomes

All men make mistakes, but only wise men learn from their mistakes
Winston Churchill

Anyone who has never made a mistake has never tried anything new.
Albert Einstein

Experience is the name every one gives to their mistakes.
Oscar Wilde

A man's errors are his portals of discovery.
James Joyce

The greatest mistake you can make in life is to be continually afraid you will make one.
Nelson Mandella

Be not ashamed of mistakes and thus make them crimes.
Confucius

HOW TO CHANGE THE WORLD

Discover the 3 most important skills that young learner will need to thrive throughout the next industrial revolution. A must watch for every student, teacher and parent!

More and more people are starting to realise that the current school system is failing to prepare young graduates with the skills they really need to be successful in an ever changing world. Cheap outsourcing, automation and robotics is creating a shift in the workplace, making it more competitive than ever before. On top of that we are seeing record rates of mental illness (such as anxiety and depression) afflicting more and more young people during their schooling years. In this presentation, you will learn what the 3 most important cognitive skills which students should be learning in order to not only grow up with good mental health, but the skills they will need to be successful as the world continues to change. This presentation explains our mission to change the way the that leaders, educators and parents think about learning so as to equip our next generation with the strengths they will need to survive, to thrive and to ultimately - change the world. 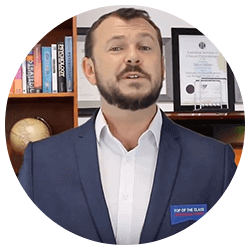 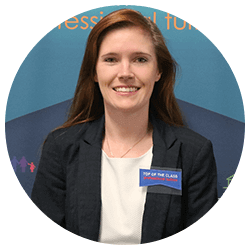